During some of my quieter months I can easily get bored and want to do some personal projects. I was feeling a bit nostalgic, and dug out my old film cameras that I started learning photography on in 1994 (feeling old now). I found some TMAX 400 which was my staple film back in the day, expired in 2008, but hey that's the fun of it right? The fun of film is not knowing what you are going to get. Relying on getting the composition before shooting because you only have so many frames left on your roll. The anticipation of getting the film developed and waiting for the results was the only part I didn't miss. I'm an instant gratification person and it was an excruciating 2 weeks. Anyway, a roll of black and white, a roll of color, and a walk around Washington DC's L'Enfant Plaza resulted in some of these images. If you know DC, this area is full of brutalist architecture (a lot of government buildings were built in this style). I love the graphic elements of this style, especially when the sun hits it a certain way. So, take a look! 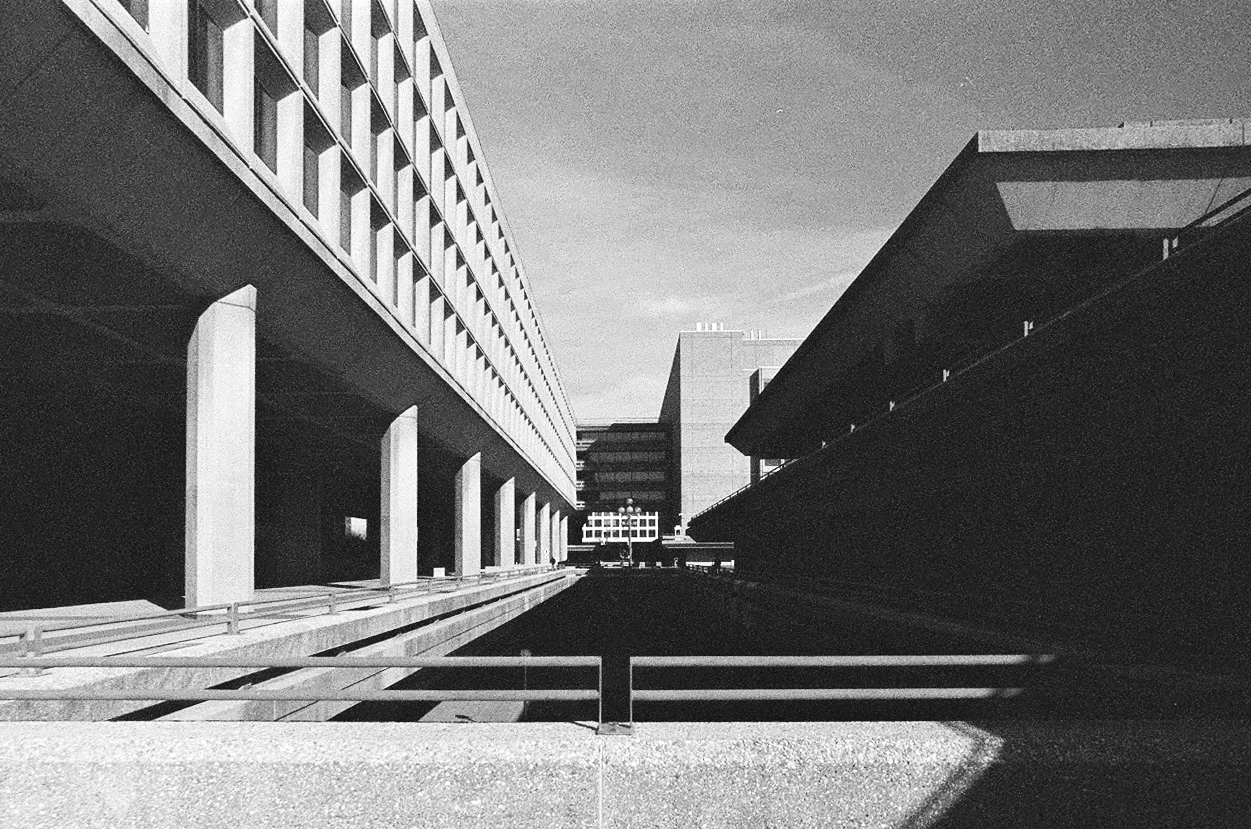 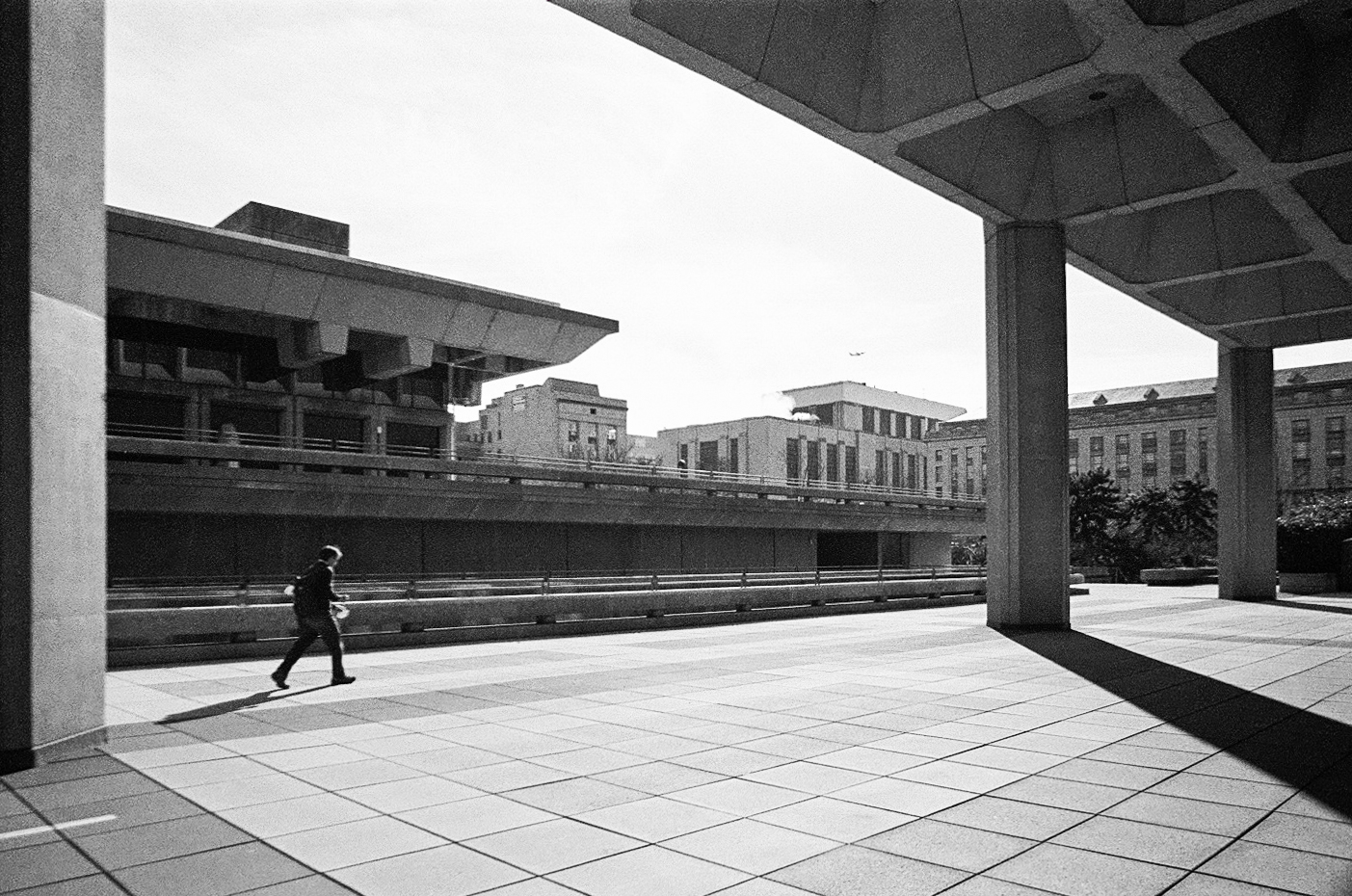 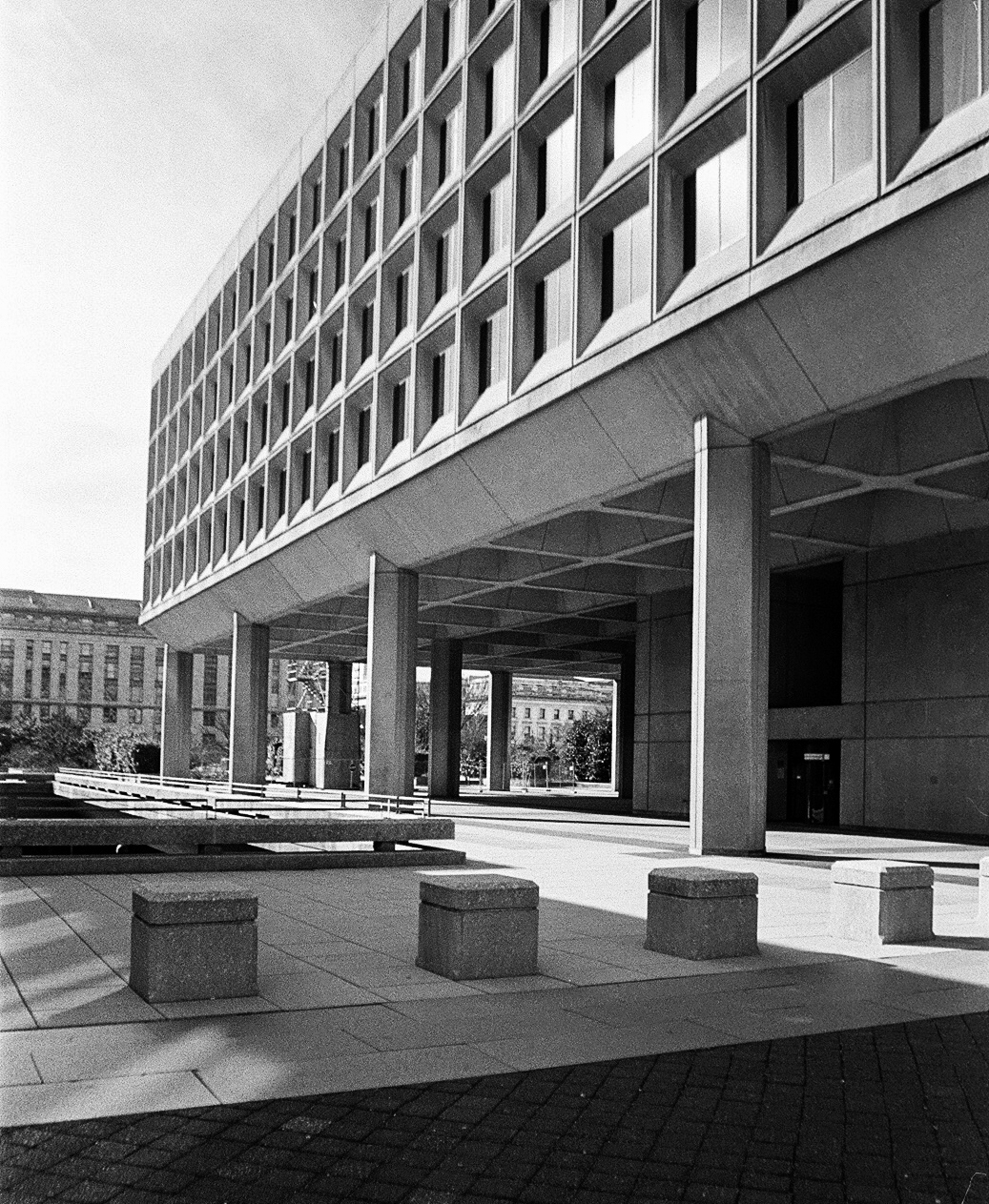 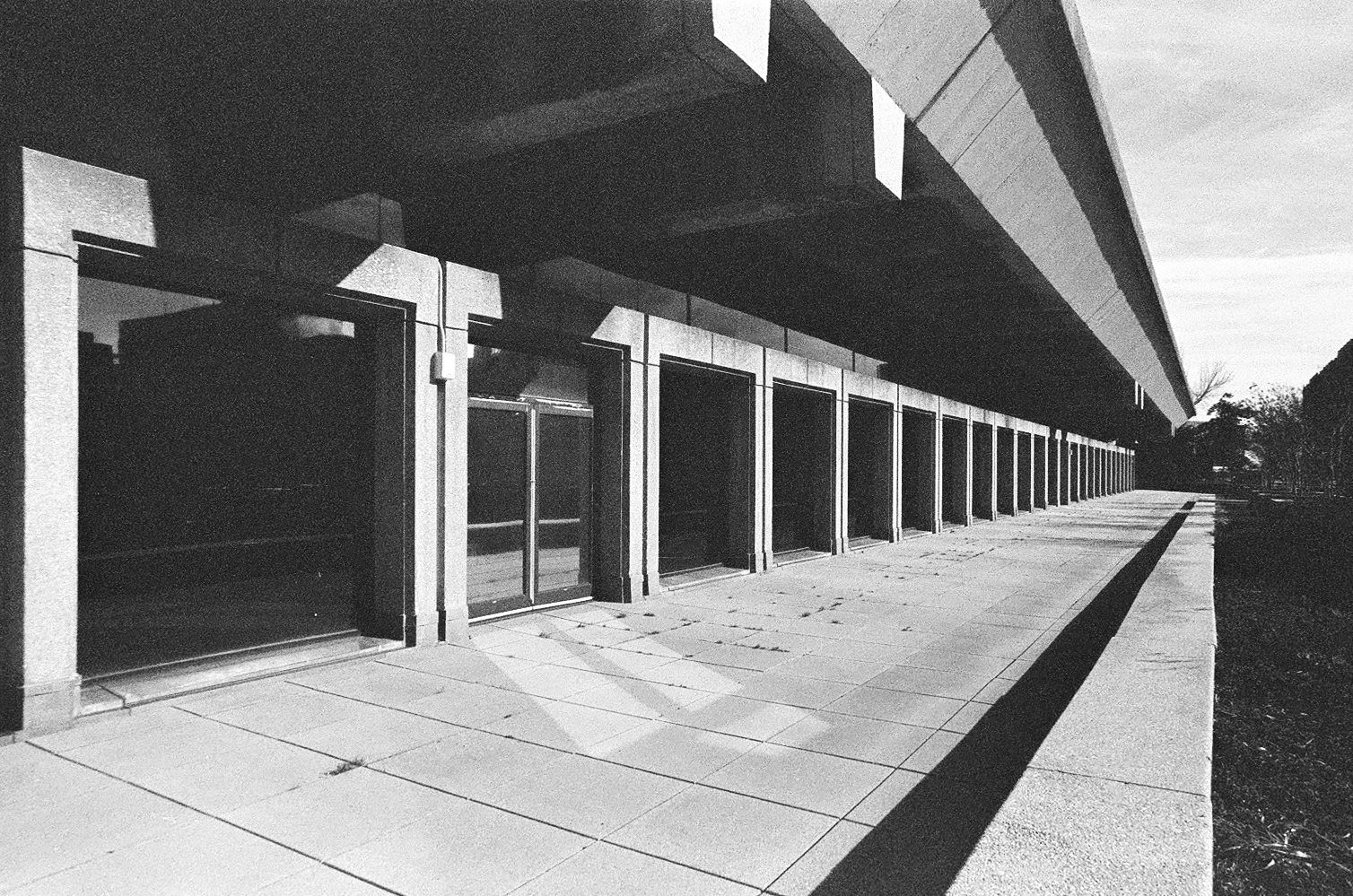 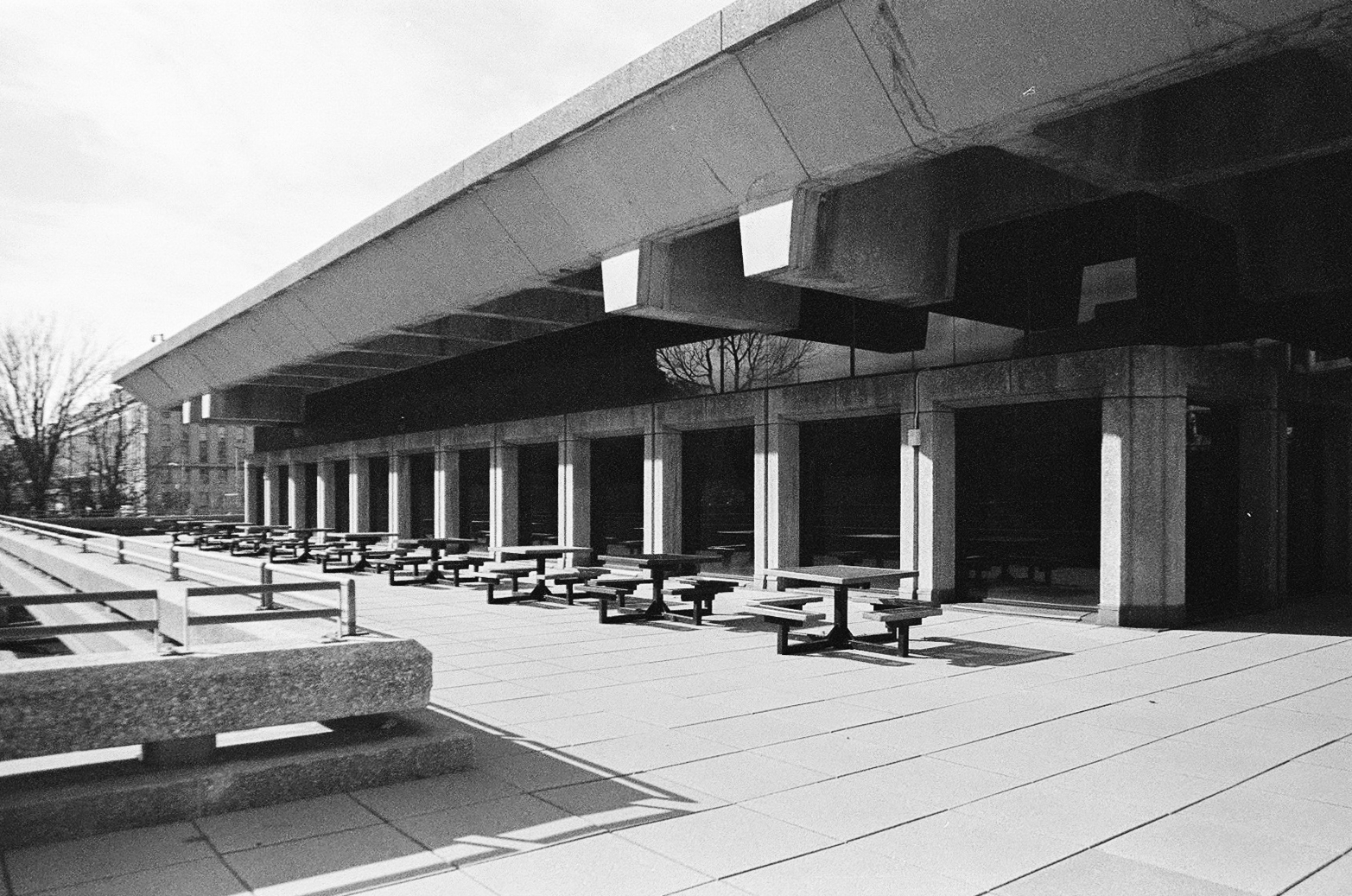 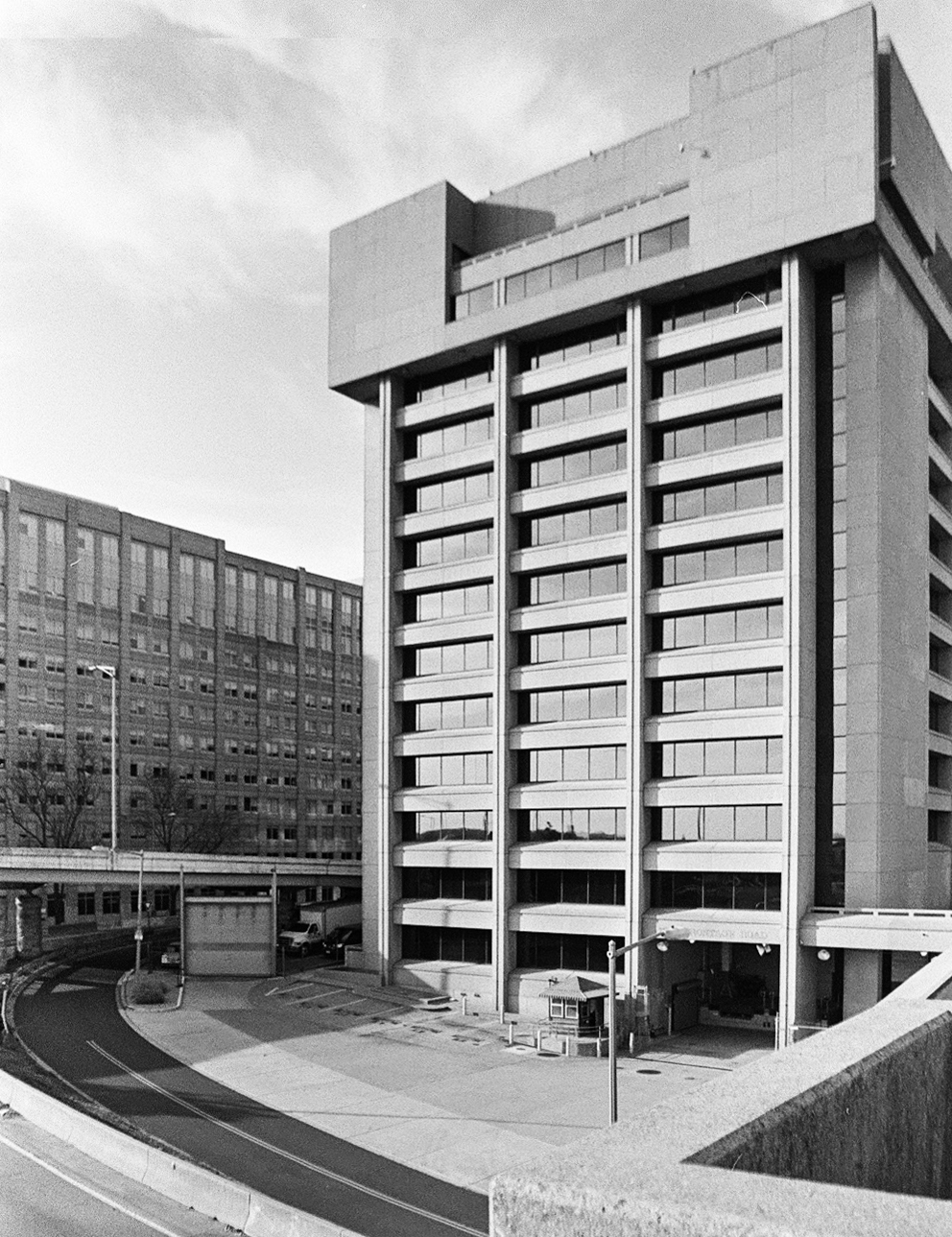 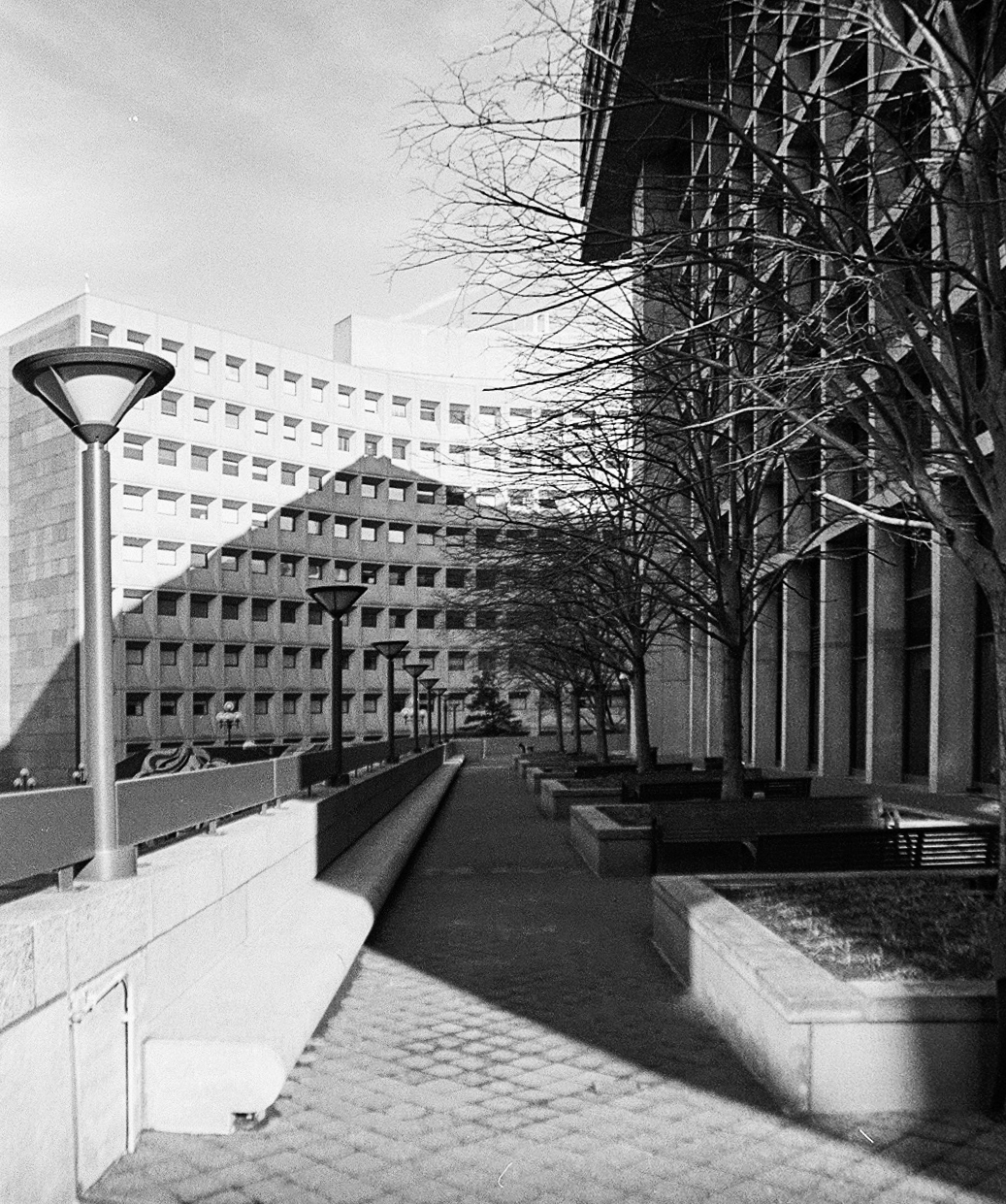 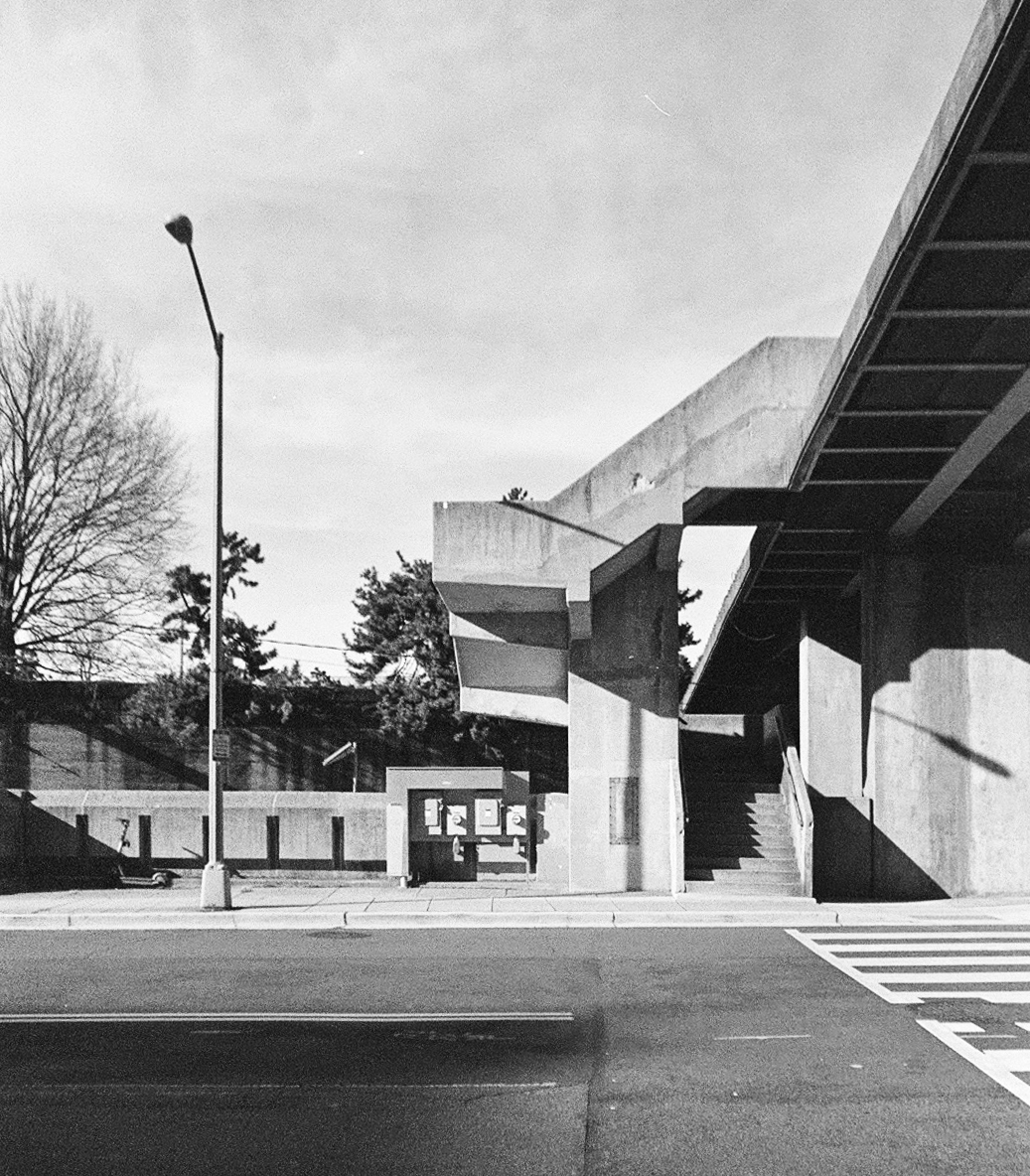 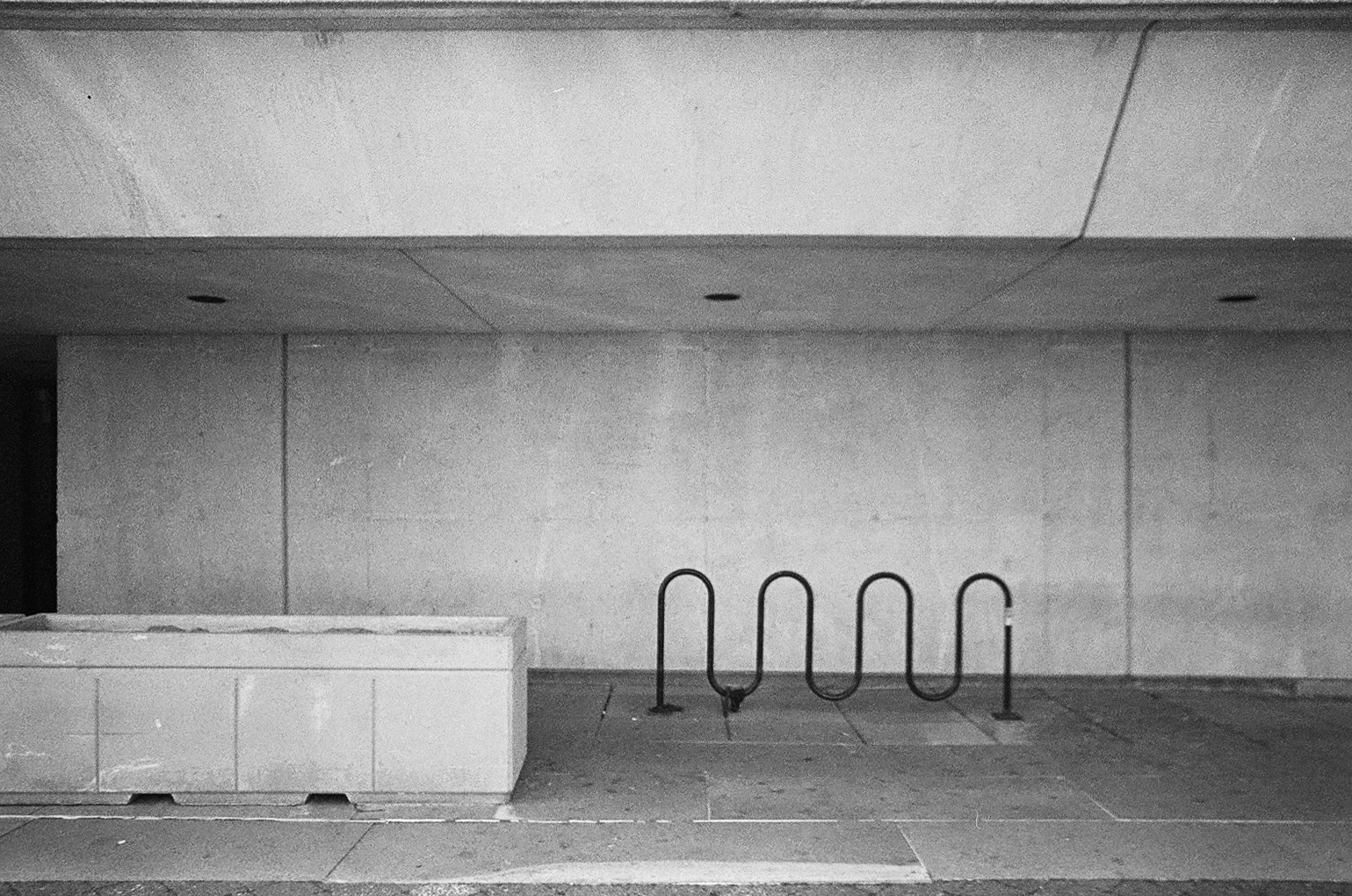 aPrevious: Architectural Digest Italia with JWS Interiors
Next: Licensing for Interiors and Architecture Photographers b